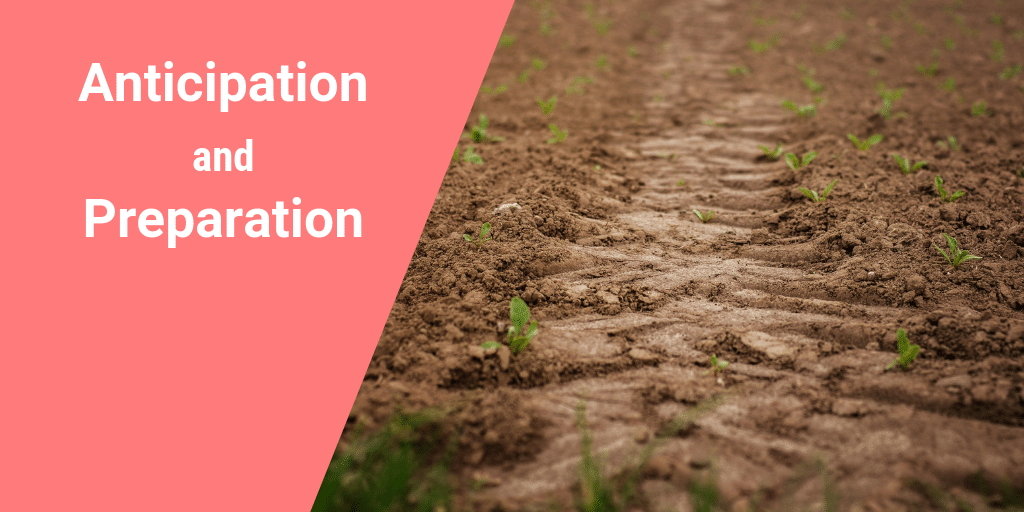 In gardening, as well as farming, you can’t enjoy the crop without preparing, planting, watering, weeding…and having some inputs from outside yourself – sun, soil and rain. While to the untrained eye, it looks like nothing is going on during winter, anyone connected to gardening or farming knows this is a busy season as you prepare and anticipate the coming year’s crop.

Where will I plant my tomatoes this year? What varieties of flowers did well last year and what do I want to plant that’s new? And as science moves forward, we understand more fully the action going on in the soil to rejuvenate it for next year’s crop.

In this season, I’ve been reflecting on the people I’ve coached over the past year. Each of them has had times of difficulty that brought them to a place where they needed to make different decisions for their life. They needed to decide on a new path, whether because they were restless and no longer satisfied where they were, the culture was not a good fit and they could not longer stay whole in that place, their position ended, they experienced a death or a new opportunity presented itself that they needed to step into, but they were unprepared for it.

One thing I know as I reflect on my own life and the lives of those I’ve coached; change will happen. There is good in change. It might not look like it in the moment, but change always provides a new opportunity to decide where you’re going if you can find a way to see it that way. The process of adjusting your thinking to the reality of change as new opportunity can take some time – and some hard work – but the payoff is worth it.

Returning to those people I’ve coached over the last year, when they could accept the change in their life and anticipate the new things they might experience, it was much easier to deal with the change they were experiencing. They might not like it, but they could move forward.

Season of Anticipation and Preparation

What if you intentionally turned the season of change into a season of anticipation and preparation for the new season you are about to enter? What would it look like to proactively plan for what’s ahead? What would happen if you took stock of where you’ve come from in order to take the best of who you are forward into the new season and leave the parts that no longer work….or fit who you are…..behind?

If you’re in a place where you are ready to proactively plan for the next season of your life, join me for the next workshop series on “Your Personal Brand” on Saturdays February 25 and March 10, 2012. Stay tuned to this blog for more on producing the crop you’re looking for in life.