Do You Know Your Destination? 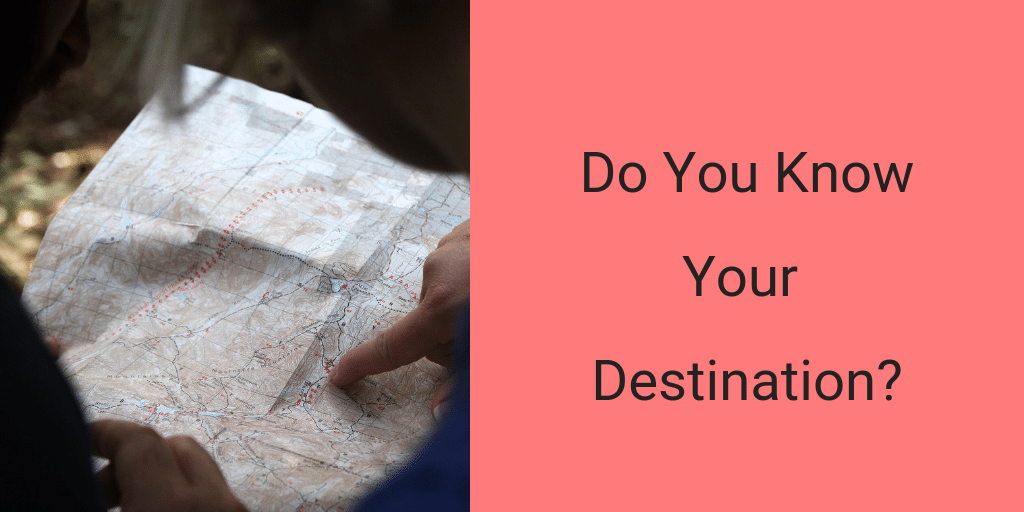 The language used in the post really pushed my buttons. It’s language that is used often in the media today…. it’s also language that labels and separates people rather than drawing us together. In a visceral response to a simple post, I made a big decision.

I choose to be intentional in the messages I expose myself to. I choose messages that draw people together and build them up. I believe that is what God calls us to do.

Moving Away vs. Moving Toward

Instead, focusing on what I am moving toward shows me the place I want to go, the desired outcome I want to achieve, the destination I want to arrive at and potentially the steps to get there.

I pray you’ve not been trapped in human trafficking. However, most of us are caught in some negative or counterproductive behavior in our life. Moving away from negative behavior requires moving toward something we view as better, something that is a solution, rather than just a band aid. Recovery programs of all kinds support this viewpoint.

Let me leave you with a final thought written by the apostle Paul.

Is there a destination you are intentionally moving toward? Or are you in a state of moving away from and not sure of your destination?