Whose Voice is in Your Head? 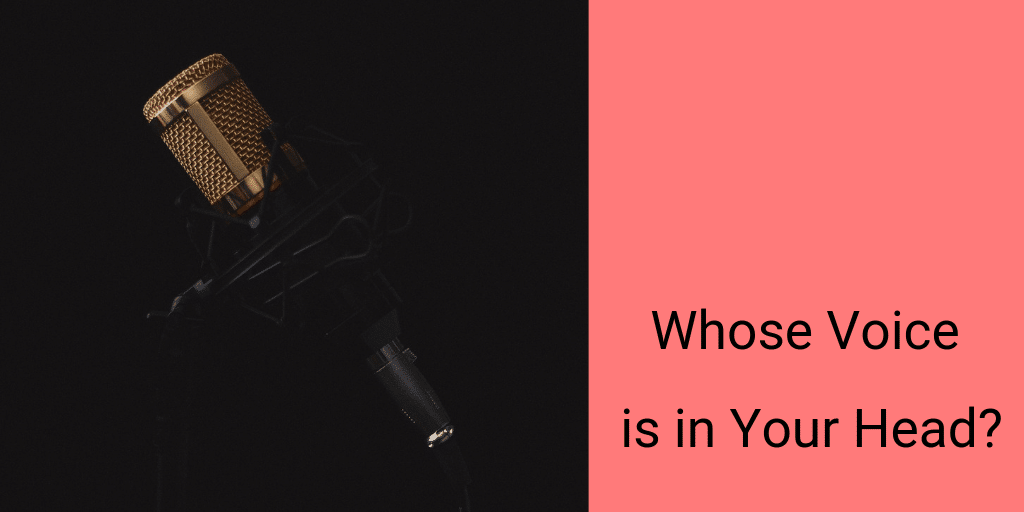 His wife called her mom and asked why she cut the ends off the ham before putting it in the pan. Her mom said that’s how her mother did it, so the wife should ask her grandma.

Zig’s wife then called her grandma and asked why she cut the ends off her ham before putting it in the pan. Grandma’s response? Because the pan was too small.

It turns out that the reason for cutting off the ends of the ham no longer was valid. The pan used by Zig’s wife could accommodate the full ham.

Following the Pattern without Understanding the Story

Often, we do the same thing in life. We follow patterns from our past without understanding the reasons behind them. There comes a time when we need to examine the “facts” we believe to be true and figure out the stories behind them.

For years, I’ve heard my Dad’s voice in my head telling me not to work in sales. It has kept me from roles that may have been a good fit for me, because I had this message playing in the back of my head. I’m sure I’ve written about this admonition in the blog before. This warning is a big neon sign in my mind, trust me!

Recently, I had a new insight into that message. Dad’s message about being in sales was only given to me once. That day we had a salesman come to our house, wanting to sell my dad some seed corn. Dad had a specific brand he preferred. He had already purchased all he needed for the year.

No matter what that salesman said, my dad wasn’t going to buy. Dad had no need of the product! But the man wouldn’t take the hint. He hung around until it was supper time. He hung around through supper time. Everyone at our house got hungry. We may have even eaten our supper with that guy sitting there. But Dad didn’t buy.

Gaining this deeper understanding of the meaning behind my Dad’s words changes my understanding of his admonition about sales. Just as the family cut the ends off the ham because grandma did it, I’ve avoided sales roles unnecessarily.

It’s all about context. The context of the message, behavior or pattern makes all the difference.

What are the stories behind the patterns and beliefs you’ve adopted in your life?  Are they true, or are they holding you back from your Masterpiece Work?

I’d love to hear your story. Share in the comments below.