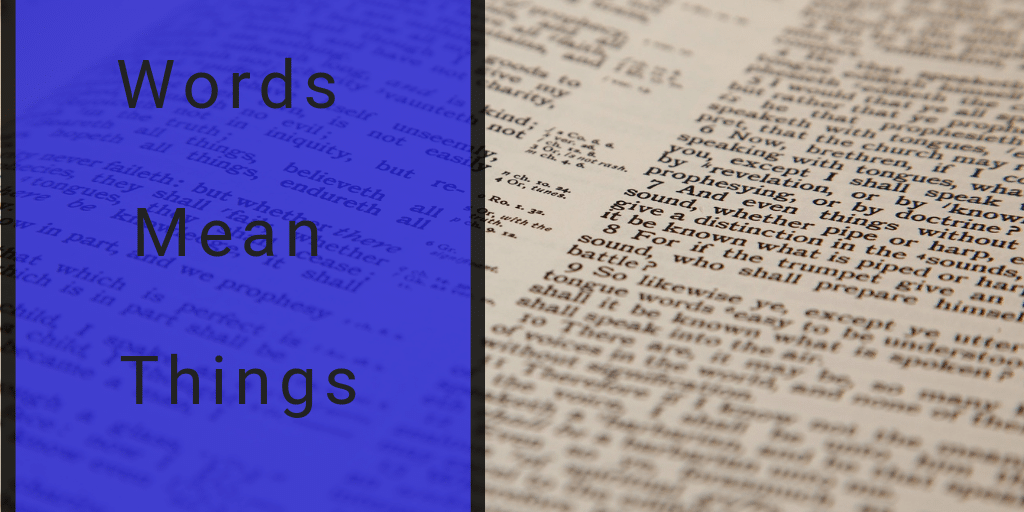 “Words mean things.” This quote from my pastor/supervisor/partner in starting the equipping ministry in our church often rings in my ears.

As I’ve coached leaders seeking the meaning and purpose of their masterpiece work, words may be barriers to their progress. The expectations and connotations attached to certain words are icebergs waiting to sink them in their quest for the work they sense they were created to do in this season.

I often see struggles with this word. Some of my clients see humility as the opposite of arrogance. They equate humility with hiding their strengths and waiting to be chosen, expecting others to notice what you can do and then invite you to contribute. In many Christian circles – especially for women – humility as a virtue means being quiet and waiting to be noticed. That can lead to much disappointment, as well as wasting the gifts you’ve been given.

Dr. Art Haimerl, pastor, leader and addiction expert, defines humility as “quiet awareness of self”. You know what you can do and you go about making that contribution.

The word ambition tripped up a friend of mine. Somewhere along the way, he learned that ambition was a negative attribute. It required him to sell out his values to values and actions that were counter to his beliefs. This connotation held him back from making his biggest contribution through his work, which meant he was limited in how he contributed to his family’s income.

We discussed the block he had for the word ambition. He’d held it since he was a child – clearly there was quite a history behind it. It was a big stumbling block to achieving his goals.

Once we became aware of this, we made a switch. Instead of talking about ambition, we talked about motivation. Rather than overcome all the baggage the word ambition carried for him, describing the driving force for accomplishing his goals as motivation felt positive. It was…. motivating …..for him, where ambition produced a negative response he struggled to overcome.

As a coach, I often start sessions with this question, “What will success look like at the end of our session?” It seems an innocent and straightforward question. I learned this in my coach training. It sets the expectation and goal for the session.

The word “success” was a trigger word for a client, however. Because of experiences in her life where she’d worked in a field that was a complete mismatch and counter to her values, she avoided anything that was described as success.

She had accomplished a great deal – even in her mismatch job. She just didn’t like to look at success as her goal.

How do you lead and accomplish goals without success? How do you avoid success while still making your highest contribution? That was a difficult barrier for my client to overcome. She had a message to share and important work to contribute to the world.

Do you have a word that trips you? Is there a message attached to a word that keeps you stuck? What would it take to overcome this connotation?  Do you need to go deeper on the meaning? Find a different word to motivate you? Or break down the lie attached to the negative connotation?

What word is an iceberg waiting to sink your potential? Share it with us in the comments.