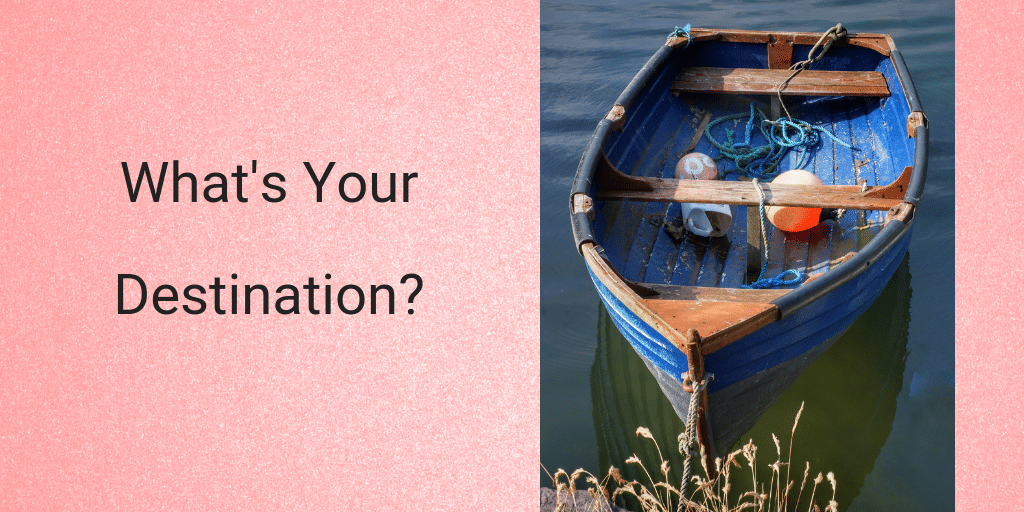 I heard this little story on Dan Miller’s 48 Days podcast on July 4. I’ve been carrying it around in my head, wanting to share it with you ever since. It’s a powerful lesson, so let’s explore it.

Parable of the Fisherman and the Banker

An American investment banker was at the pier of a small coastal Mexican village when a small boat with just one fisherman docked. Inside the small boat were several large fin tuna. The American complimented the Mexican on the quality of his fish and asked how long it took to catch them.

The Mexican replied, “Only a little while.”

The American then asked why he didn’t stay out longer and catch more fish.

The Mexican said he had enough to support his family’s immediate needs.

The American then asked, “But what do you do with the rest of your time?”

The Mexican fisherman said, “I sleep late, fish a little, play with my children, take siesta with my wife, Maria, stroll into the village each evening where I sip wine and play guitar with my amigos. I have a full and busy life.”

The American scoffed. “I am a Harvard MBA and could help you. You should spend more time fishing and with the proceeds, buy a bigger boat, and with the proceeds from the bigger boat, you could buy several boats. Eventually, you would have a fleet of fishing boats. Instead of selling your catch to a middleman, you would sell directly to the processor, eventually opening your own cannery. You would control the product, processing, and distribution. You would need to leave this small coastal fishing village and move to Mexico City, then LA and eventually NYC, where you will run your expanding enterprise.”

The Mexican fisherman asked, “But how long will this take?”

To which the American replied, “Fifteen to twenty years.”

The American laughed and said that’s the best part. “When the time is right, you would announce an IPO and sell your company stock to the public and become very rich; you would make millions.”

“Millions?” asked the fisherman. “Then what?”

The American said, “Then you would retire. Move to a small coastal fishing village where you would sleep late, fish a little, play with your kids, take siesta with your wife, stroll to the village in the evening, sip wine, and play guitar with your amigos!”

This story contains great wisdom for anyone who wants to step into their Masterpiece Work. Making a bigger impact is a goal we often seek. The question becomes, what does bigger impact look like?

In the parable, the Harvard MBA defined bigger impact as creating a large company over 20 years, issuing an IPO, and making millions. Then he could retire, live in a coastal fishing village, sleep late, fish a little play with the children….basically all the activities the fisherman is currently enjoying.

The fisherman, on the other hand, defined impact as meeting the material needs of his family, enjoying family and friends and having time to explore leisure pursuits he enjoyed. It is ironic that the fisherman’s current life is what the businessman arrives at 20 years down the road.

There is nothing wrong with creating a large company if that is your dream. Companies, large and small employ others and provide goods and services we all desire. However, that is not the only option. Having a microbusiness that provides for your family, while providing the lifestyle you desire is equally valuable.

It comes down to this. How do you want to make an impact; through building a large corporation, through employment with someone else or through a microbusiness that allows you to support your family? Or maybe your impact will be through work in a non-profit. As long as you’re doing YOUR Masterpiece Work, that’s what counts.

Which path do you choose? Share in the comments.